Aastha is a ministry initiative of WLN that is committed to seek the protection, welfare, and justice for women, children, and minor girls in particular, who are at risk from conditions such as Sexual Abuse, Child Labor, Domestic Violence, forced marriages, rape, human trafficking, Female infanticide and sex-selective abortion, or any other form of exploitation. 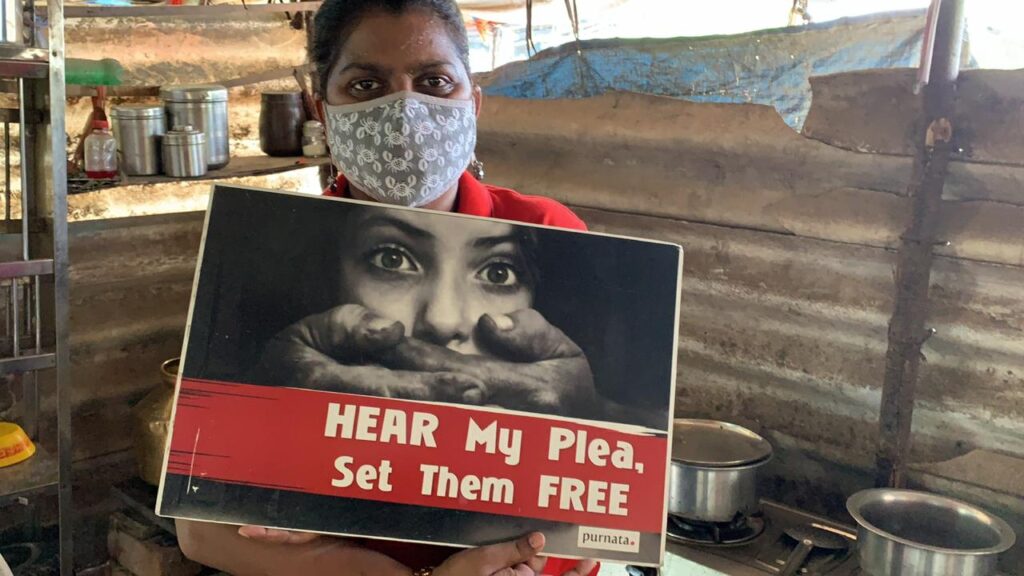 Aastha Initiatives for “Ministry to You”

To foster unity, fellowship, cooperation, and working relationship between individual women leaders and groups of women leaders across the State of Maharashtra.
To train and equip women leaders in various ministry and leadership skills and mobilize them to activate those ministries through their respective churches in the communities where their churches are located.
To provide a platform and opportunity to women leaders to have access to an ongoing theological education so that they remain effective and at the cutting edge of their ministry.
To provide spiritual nurture, guidance and upliftment to the women of the Network.
To bring awareness of the Aastha ministry initiatives to churches, and women in particular, and train and equip them as social transformers, and use them as a transformed task force in implementing the objects of Aastha.
Previous
Next

Action Plan to Fulfill the Above Objectives

Aastha Initiatives for “Ministry Through You”

Aastha is committed to seek the welfare of women, children, and minor girls in particular, who are at risk from conditions such as human trafficking, Sexual Abuse, Child Labor, Domestic Violence or any other form of exploitation. Aastha will do this by rescuing, vindicating, rehabilitating, doing justice, and introducing them to an alternative lifestyle of respectful and dignified life.
Work towards a society based on the recognition of the right of every child and woman of India to an enjoyable and dignified childhood, and having right to education and choice of carrier, leading to sustainable livelihood, and equal opportunities to contribute towards Nation building activities.
where ever Aastha Initiative is in operation, create a network of volunteers that are qualified and equipped with skills that are necessary for the operations carried out by Aastha.
Take up or coordinate rescue operations of victimized children and women to rehabilitate them, and build and sustain their lives.
Conduct envisioning, awareness, mobilization and training programs, classes, conferences, seminars, workshops, talks, lectures, studies and research relating to the objectives of the ministry.

Action Plan to Fulfill the Above Objectives

Create fellowships and working relationships between women of local churches and the women of the communities where the churches are located.
Establish seven Regional Aastha Centers to implement the activities of Aashta in the Region.
Establish seven Regional Aastha Centers to implement the acti3. Select at least one place and one local church in every District to develop as a piolet project to demonstrate how women of a local church can contribute towards the transformation of the people and place where their church is located.vities of Aashta in the Region.
Create State Wide Network through WLN of volunteers to coordinate the operations of Aastha in cities other than Mumbai as the need may arise, in partnership with other local likeminded bodies.
Develop, train and equip a team of professionals to effectively implement all the activities and programs of Aastha for the fulfillment of its objectives.
Conduct Research of the Red-Light Areas in Mumbai, and other cities to gather factual information.
Conduct Seminars, Workshops at the Aastha Center to create awareness and introducing the sex workers to alternative ways of earning their livelihood.
Organize training events for them in collaboration with other groups, to train them in small scale production of useful goods, and tie them up with the market for an ongoing supply and distribution system that would put them on a regular income scheme.
Provide them help in finance and management of their cottage industry (gruha-udyog).
Start day care centers for their children and provision to go to school for education. And many such activities found necessary will be undertaken.

Why Aastha is Needed?

Aastha has taken a serious note of all kinds of violence, atrocities, and injustice against women, and children in India, and has committed itself to protect, rescue, and rehabilitate women, and children affected by these evils, and even prevent them from facing these issues in their lives. Violence against women refer to physical or sexual abuse committed against women, typically by a man. In India, violence against women take many forms. These include domestic violence, rape, marital rape, and other forms of sexual violence and murder. In fact, 25 percent of all recorded cases under crimes against women in India are related to sexual assault. Sources say, in India a crime against a woman is committed every three minutes. According to the National Crime Records Bureau, in 2011, there were greater than 228,650 reported incidents of crime against women, while in 2015, there were over 300,000 reported incidents, a 44% increase. 65% of Indian men believe women should tolerate violence in order to keep the family together, and women sometimes deserve to be beaten.

Depressing and oppressive context in which many women and children have to live in.
Bible has a very high view of children and women but they are the most vulnerable people in most cultures. Bible speaks of children as the heritage of God and are given to us as rewards. But many of these little ones are afflicted and destitute, therefore we are commanded not to despise them but vindicate and do justice to them. (Psalm 82:3-4)
Bible portrays God as on the side of such afflicted and oppressed people, and encourages us to be on their side as God is. As the Lord hears the desire of the afflicted and encourages them, and listens to their cry, as He defends the fatherless and the oppressed and releases them from the terror of the oppressor, we too are commanded to do the same. (Psa. 10:17-18) Aastha is committed to what God is committed.
Aastha is an initiative of faith, believing that the Lord will provide the needed support for this ministry, through His generous and compassionate people who want to see this transformation take place in the lives of these women and children. You are most welcome to be part of this life changing initiative, if you desire so, please contact the Director of the WLN, Mis. Anagha Khandagale, her contact details are given below. You will be directed, ‘how you can be part of this ministry in a meaningful way?